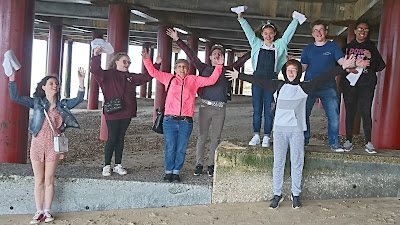 A lot of people have heard of Felixstowe docks but - drop the K - have you heard about Felixstowe.docs? This is the name of a project I've been working on for several months with BLOC (Suffolk Libraries' youth arts programme), Felixstowe library, Felixstowe Book Festival and, crucially,a group of students from Felixstowe Academy.

It all began back in the winter of last year with an unexpected proposition in my inbox.

Hello Hayley
We would love you to come and work on a writing project with young people in Felixstowe....
...... blah blah details.... blah blah... more details... please ask us any questions you like....
Look forward to hearing from you.

Felixstowe?  It's the town I grew up in.  It's where I went to school.  These young people I was being offered the chance to work with were living a 21st century version of my teenage life.  I read the email through a few more times and then I sent back a reply.

Hello
Thank you for your email which I read with interest.... blah... blah... If we could meet or have a chat on the phone sometime soon that would be great.
Look forward to hearing back from you.

I did hear back and we did meet.  One morning, just before Christmas, three of us sat down in a Norwich cafe and chatted about our plans for the young writers of Felixstowe.  We all got quite excited. 'We'll call it Felixstowe.docs,' I said.  'Because the words that these kids write will be modern and fresh and will show that Felixstowe is much more than just a massive port - and we'll publish their writing in some sort of booklet-'

'No, it will be an actual book,' said one of my new Felixstowe.docs friends. 'Hardback. Nicely done.'
I nodded and started running ahead with a new idea. 'And maybe these young writers could also turn their words into arty little films?'

'Yes,' said my other new friend.  'And we can show their films at Felixstowe Book Festival. And perhaps they can do poetry performances at the festival too?'

We left that meeting buzzing with ideas.  This was going to be amazing.

But I'm no poet. And I'm certainly no film-maker. You know what? Sometimes I'm not even sure if I'm a writer.  A lot of the time I just sit and agonize about what I should write next and whether anyone is ever going to read it anyway! How on earth was I going to inspire anyone else to get creative?

I needn't have worried.

You know, I really could go on about this for ages but I'm not going to because - if you can - I want you to come and see Molly, Millie, Matthew and all the rest of them at the Felixstowe Book festival. We are in Felixstowe Library at 6pm on Friday 28th. Tickets are free but you need to book them and they ARE GOING FAST. Click this link for more information. We'll also be having a bit of a 'Poetry Slam' on Saturday 29th in Felixstowe Library at 11am and then we'll be wandering down to the prom to entertain the people passing by... or maybe, just to shout at the sea.

Come and join us! 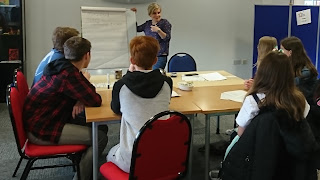 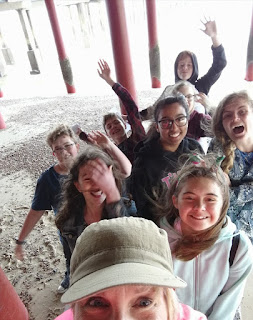 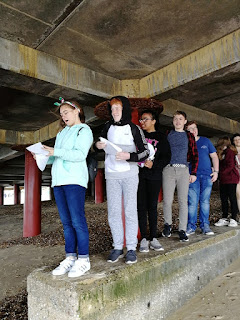 All shouting at the sea in accordance with legal rules. All pictures with permission. 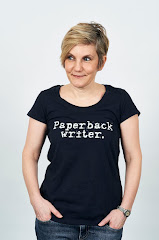